Housing complexes often include a variety of amenities meant to attract new tenants and retain existing ones. From pools and gyms to gaming rooms and clubhouses, many developers look to provide residents with recreational options. What truly sets housing communities apart are the types of amenities offered.

Community directors at the Crystal Cove Apartments in Las Vegas decided to set the complex apart by upgrading its outdoor space. One decision included installing a large play space over the existing tennis courts.

What were once aging, underutilized tennis courts were transformed into a multi-generational playground. The new playspace includes playground elements for children as well as fitness equipment for both kids and adults. The side-by-side layout of equipment allows families to utilize the space together, providing combined activities for all ages.

The updated space maximized the play value per square foot, encouraging every member of the community to venture outdoors and explore the playspace. The new space also provided the complex with a differentiator, setting the property above others in many tenants’ minds.

First installed in January 2014, the playground remains a popular place within the apartment community.

“The playground is a huge hit with the children that live here,” said Robert Blight, community director at Crystal Cove Apartments. “Now that we’ve had the play area for a few years, we’ve seen firsthand how it is an incredible sales tool, as well as an asset to the community.”

In fact, playgrounds yield greater ROI than other amenities, earning their keep with curb appeal, resident retention and affordable ownership.

Considering adding a playground to your housing community? Get inspired by our housing gallery.

How to Create the Perfect Daycare Play Area 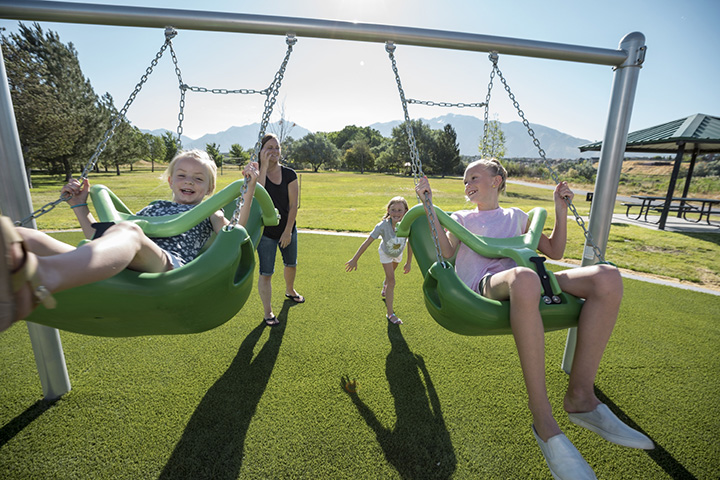 The Importance of Inclusive Playgrounds