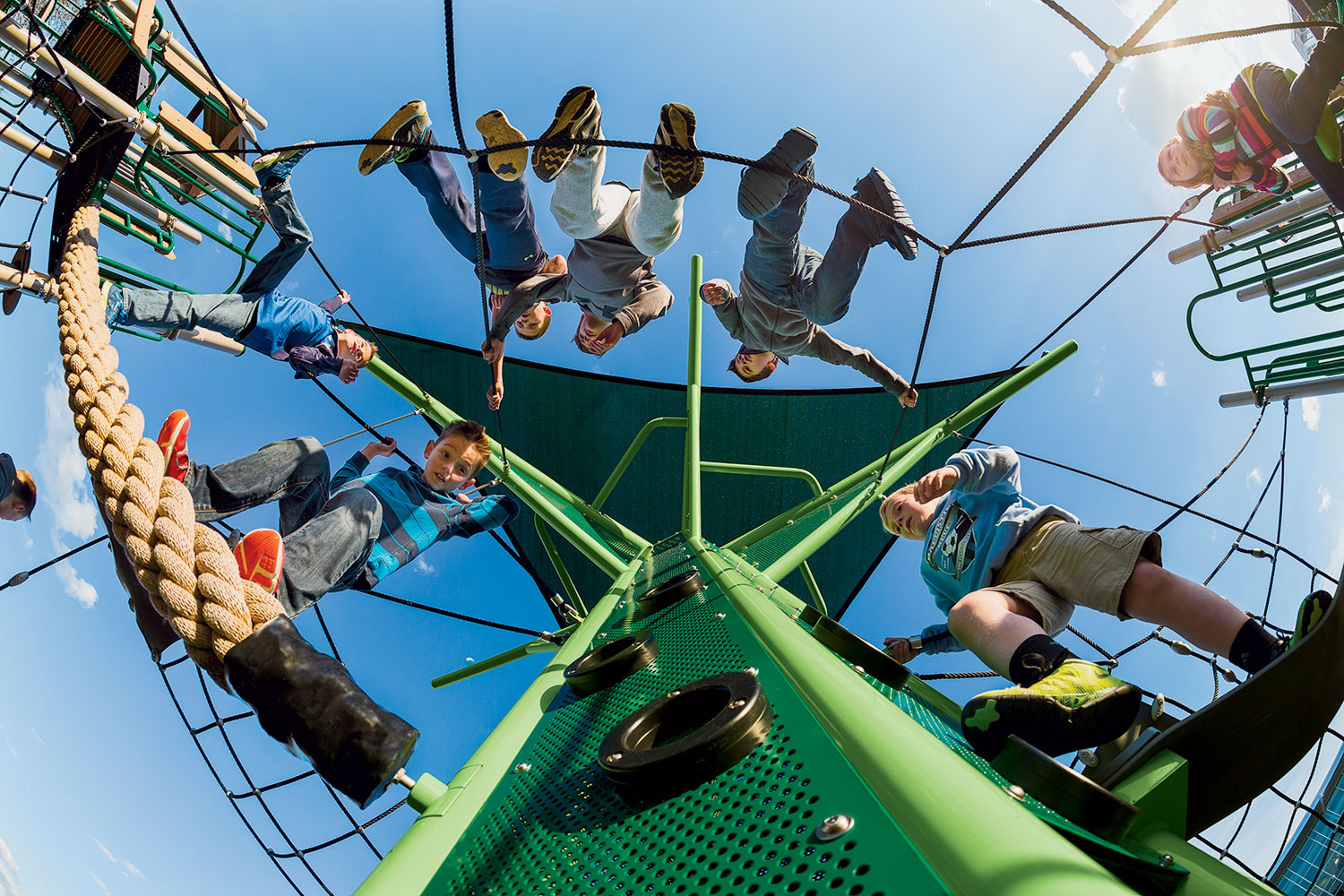 In 2009, the National Recreation and Parks Association (NRPA) launched Parks Build Community to draw attention to the core functions that America’s parks play in revitalizing underserved urban areas. Today, Parks Build Community is a national program demonstrating the transformative value of parks on the health and vitality of communities throughout our country.

Playworld shares in NRPA’s vision to build and revive parks as thriving gathering places for people of all ages. For several years, we have helped sponsor the Parks Build Community project held in conjunction with NRPA’s Annual Conference. This year NRPA is partnering with Great Rivers Greenway, the regional parks and trails district in the St. Louis region, and the city of Wellston, Missouri to transform a vacant lot into a lively community park, known as Trojan Park.

Once complete, Trojan Park will feature a state-of-the-art playground, basketball court, splash pad and family picnic areas, complete with shade structures. To help incorporate nature-inspired play, Playworld donated Branch Out™, a piece of equipment inspired by climbing trees. Branch Out merges the classic kids-playing-in-trees play experience with contemporary equipment. The central piece is like a giant tree fort, inviting kids to play on it in all kinds of ways, just like a tree in somebody’s backyard or a tree in the woods.

In 2015, Playworld donated playground equipment from the Unity Collection as well as a NEOS 360, an electronic playground for all ages, to Parks Build Community beneficiary Joe Kneip Park, located in North Las Vegas.

Are you headed to St. Louis for the 2016 NRPA Conference? Join us at the ribbon cutting for Trojan Park happening on Saturday, October 8 at 10am.

Occupational Therapy and Your Inclusive Playground