As the new year approaches, you’ll undoubtedly see many lists of projected 2017 trends, from colors and clothing to cars and technology. You might ask yourself, what trends could impact the parks and playground industry? We’re currently watching some major trends that we anticipate will gain even more traction in the years to come.

We’ve highlighted our picks for the four most important trends you should consider when planning your improvements and programming for 2017 and beyond. Each trend appears long-lasting—ideas and approaches that will only continue to grow in popularity and become a significant differentiator affecting your visitor numbers or business’s bottom line.

Parks and playgrounds, particularly in urban areas, often get a bad rap as breeding grounds for crime and other undesirable activities, such as vandalism, drug peddling and hangouts for the homeless. But there are certain design considerations that can be made to deter criminal behavior in both urban and residential parks.

Crime prevention through environmental design (CPTED) is not a new concept. It was originally coined in the 1960s, but didn’t gain traction until it was widely accepted by law enforcement in the late 90s. In 1981, New York City officials incorporated elements of CPTED into Bryant Park’s redesign, greatly reducing crime in the park.

While there’s no “official checklist” and it’s not necessarily a quick fix, CPTED has six strategies to limit the opportunity for crime:

It’s important to realize that “everyone” is not your target audience. The four main groups of people to consider when designing or improving your park and playground are millennials, athletes, families, and seniors. We suggest paying close attention to the millennials. In 10 years or less, this generation will make up approximately 75 percent of the global workforce. They will be the decision makers, influencers and gatekeepers. So what expectations will they have for your space? Here are a few ideas from the NRPA article 7 Ways to Make Your Parks Millennial Friendly:

In 2015, the Surgeon General encouraged communities to “Step It Up!” This call to action promoted walking and making communities more walkable. Those overseeing parks and public spaces should start considering ways they can improve access to their facility and make it safe and easy for people of all ages and abilities to walk. This also ties in with the CPTED design principles mentioned above. It is especially important to take a look at walkability from many different neighborhoods, ensuring equitable access to green space for low-income and minority communities.

But to promote walking and healthy activity in your space, you must also go beyond improving the design or layout. Creating programs, events or policies that support and urge people to get active will help you attract regular visitors and boost the environment’s positive image.

As mentioned briefly above, ensuring equitable access to parks encourages communities to fulfill their healthiest potential and improves the surrounding environment. Currently, however, there is a vast discrepancy in access to quality parks based on geographic, demographic and social factors. Generally speaking, close access means that a park is within a half-mile walk that is unobstructed by freeways, rivers, fences or other obstacles.

In Los Angeles, for example, primarily white neighborhoods have approximately 32 acres of park space per 1000 people, while African-American neighborhoods have 1.7 acres, and Hispanic communities have just 0.6 acres. Only 30 percent of city residents live within walking distance of a park.

The trend continues across the U.S. The higher the density of the city, the lower the amount of park acreage. It’s recommended that for every 1000 residents, there’s at least three acres of park land available. Low- and medium-density cities, such as Nashville, Scottsdale, San Diego and Austin, provide 10 to 40 times the amount of recommended park acreage, while high-density areas like Miami, New York City, and Milwaukee provide, on average, just seven acres per 1000 residents. Many cities barely make the minimum recommended amount.

Additionally, the higher the poverty level, the less likely there are to be green spaces nearby, particularly of good quality. Minneapolis, a city often praised for its parks system, recently gained national attention when it was revealed that access, spending and staffing for parks was primarily geared toward the city’s wealthy, white neighborhoods.

As the U.S. minority population is expected to become the majority by 2060, the reality of the inequality in our parks and playgrounds will be very evident. Now is the time to take action and increase access to quality parks for everyone.

Fuel for Your Future

Trends in clothing and color come and go without making a huge impact on our day-to-day life, but economic, tech and even park-related trends have a much greater impact. While you don’t necessarily have to make any radical changes in the new year, 2017 will be a turning point to start rethinking our parks and playgrounds. Consider these four trends as fuel for your future—as a proactive reminder that our world will continue to evolve and that your parks should too. 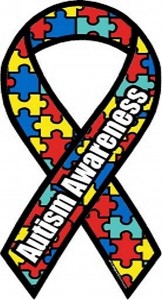