Why should kids have all the fun? 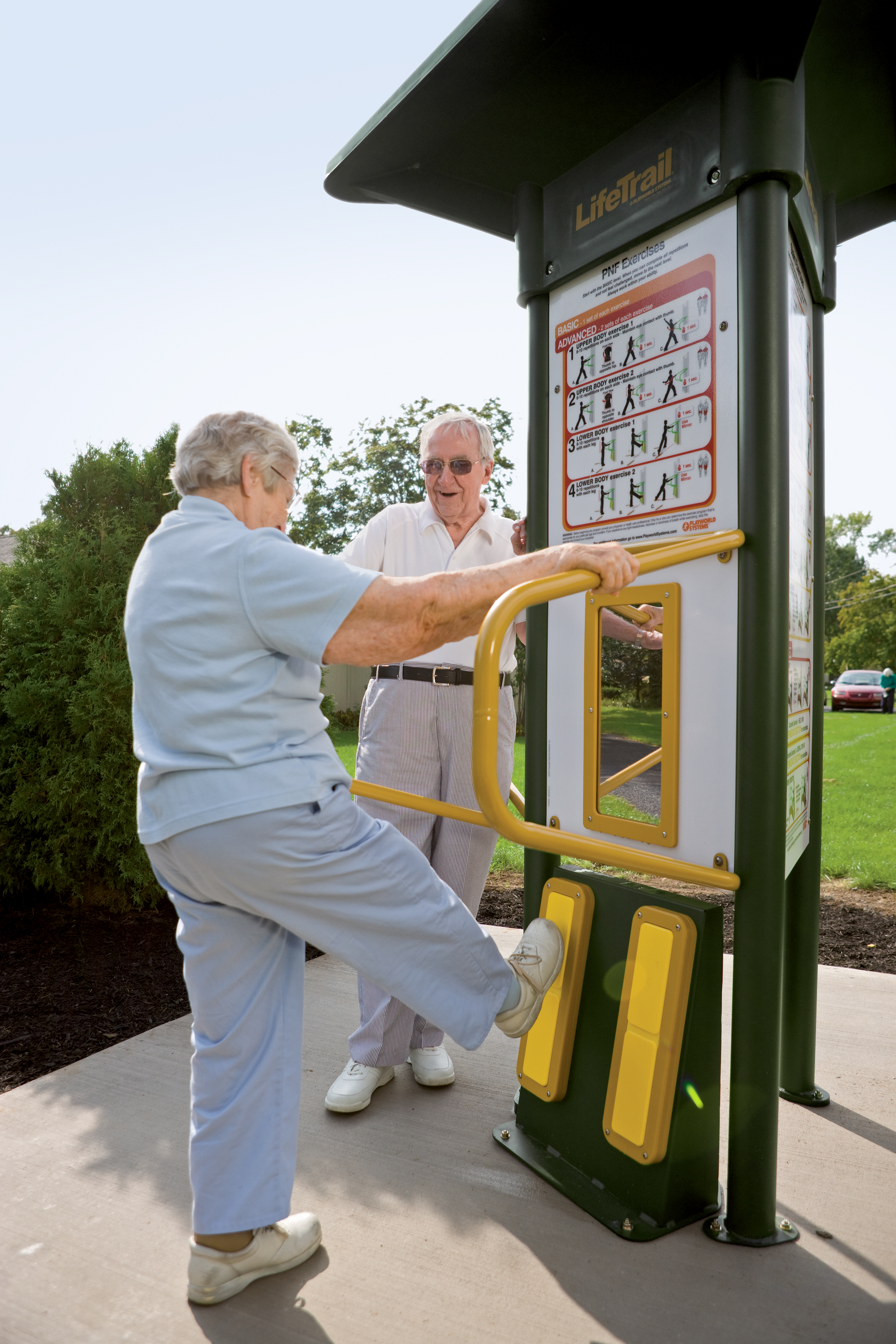 Why are trips to the playground only thought of as a benefit for our children? It’s time we brought the joy of play to all ages!

For 45 years, Playworld has been diligently focused on creating structures that help children further their physical and cognitive development through imaginative play. What we’ve learned more recently is that the fun doesn’t have to end when people move into adulthood. In fact, it absolutely shouldn’t.

In November, I’ll join Jack Carman of Design for Generations LLC in speaking at the annual conference of the International Council on Active Aging. We’ll explore a variety of topics including current research on how outdoor exercise and exposure to nature benefits the health and well-being of adults, especially older adults.

According to several studies, simply being outdoors provides many health benefits. A 2013 New York Times article discussed research comparing indoor and outdoor activity. Their findings were favorable to outdoor play. “In virtually all of the studies, the volunteers reported enjoying the outside activity more and, on subsequent psychological tests, scored significantly higher on measures of vitality, enthusiasm, pleasure and self-esteem and lower on tension, depression and fatigue after they walked outside.”

A 2014 article published in Frontiers in Psychology agreed, stating: “There is growing evidence to suggest that exposure to natural environments can be associated with mental health benefits.”

Additionally, a 2012 study of adults 66 and over found that those who exercised outside were more active than those who exercised indoors, suggesting that outdoor activity might be a key component of overcoming the disinterest in exercise most of us face from time to time.

This outpouring of research isn’t new to Playworld. Since 2004, we’ve been creating outdoor structures that are both physically and intellectually stimulating to adults, encouraging social time outdoors and increasing activity in all ages.

Our LifeTrail® Advanced Wellness System is a great example of this, serving many communities as a healthy, inexpensive alternative to a gym membership. With 21 activity panels built on the principles of functional fitness such as bending, squatting and lifting, LifeTrail mimics the twists and turns of everyday life by providing progressively challenging exercises. These activity stations are easy to understand and inclusively designed, making them diverse exercise tools for people of all ages and abilities.

We also understand that there’s an important aesthetic quality to a playground that helps determine how popular that space or park is. Those visiting Boston this summer may come across several examples of how visually exciting playground equipment can attract adults to outdoor spaces and draw them in to play as well.

Extraordinary Playscapes, a national exhibition and education program dedicated to celebrating innovation in playground design, kicked off this summer in Boston, introducing the city to Playworld’s PlayForm 7 and PlayCubes™. PlayForm 7 acts as interactive art that’s designed to be played on, enticing people of all ages while adding a vibrant visual identity to any location. PlayCubes, which have been a hit with visitors to Boston’s Chinatown Park on the Rose Kennedy Greenway, also provide a strong visual appeal. Based on the iconic geometric creation of noted architect/designer Richard Dattner, PlayCubes allow for undefined, immersive play that provides a workout for the imaginations of its users.

Also worth noting is the popularity of SwingTime designed by Höweler and Yoon Architecture, LLP in 2014. The Lawn on D in South Boston is an almost three-acre interactive space that currently features these adult swings which are adorned with LED lights that change color based on speed and height of activity. To see adults carefree and swinging on a design made for them is uplifting!

Playworld is excited to continue creating products that are both aesthetically exciting and physically approachable for adults. Whether it’s walking in the park, creating a station-to-station exercise program or climbing atop a piece of art, we want you to do yourself a favor and get outside.

Stay tuned for a four-post series on the importance of play for all generations and age groups.

Have you experienced an adult playground? Tell us about it.

There’s more to play than toys