Since the mid-1970s, obesity rates among American children have tripled. However, recent research reports indicate that we may have turned the corner. The obesity rate for low-income preschool-age children declined between 2008 and 2011 in 19 of 43 states and territories measured, according to federal data released in August.

A recent Wall Street Journal article states, “While still very small and limited to young low-income children, the declines, said some public-health officials, suggest that moves over the past several years to help parents improve children’s diets and exercise habits might be starting to have some effect. Others said the causes of the shifting trend were difficult to know.”

Even if these results prove to represent a larger trend, when a person’s health has stopped getting worse it doesn’t mean they are healthy.  We must keep up the fight until our children return to wellness.

To help draw attention to this issue, September has been deemed National Childhood Obesity Awareness Month. More than 23 million children and teenagers in the US ages 2 to 19 are obese or overweight, a statistic that health and medical experts consider an epidemic. Obesity is causing a range of health problems that previously weren’t seen until adulthood. These include high blood pressure, type 2 diabetes and elevated blood cholesterol levels. There are also psychological effects.  Obese children are more prone to low self-esteem, negative body image and depression than non-obese children.

However, there are opportunities every day to address these disturbing trends.  Here are some tips for living a healthier lifestyle:

o   Play every day – Kids should engage in outdoor unstructured play at least one hour a day. With recess being eliminated at many schools across the country, chances are kids aren’t getting this opportunity during the school day

Tools and resources related to National Childhood Obesity Awareness Month are available for free at HealthFinder.gov.

We believe more play and keeping recess in our nation’s schools are part of the solution to childhood obesity. How do you help encourage children to lead a healthy lifestyle? 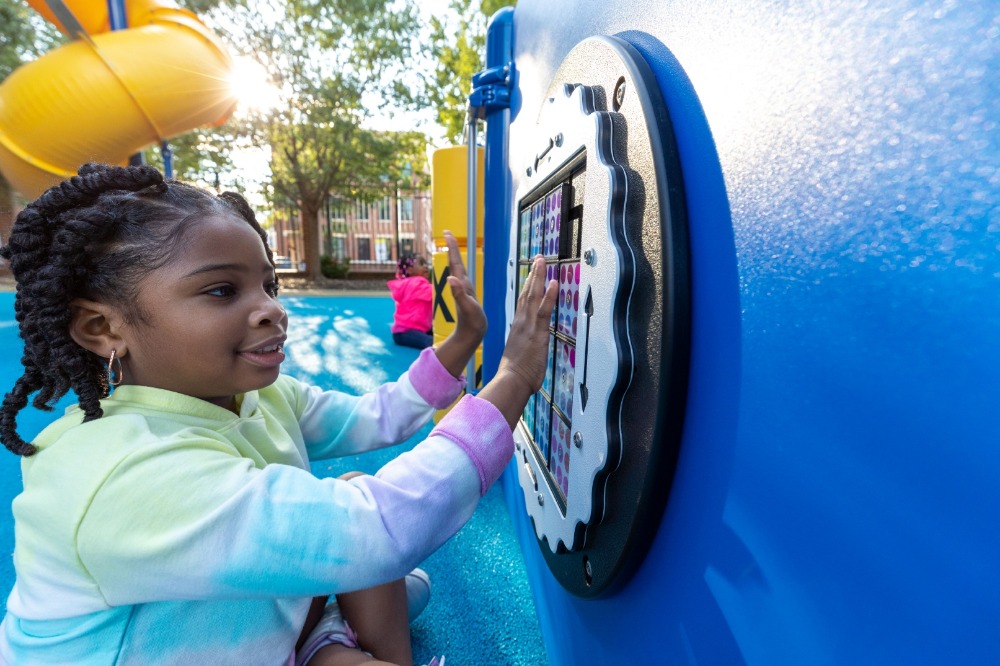 Playground Safety for All Ages

The Importance of Age-Appropriate Playground Equipment