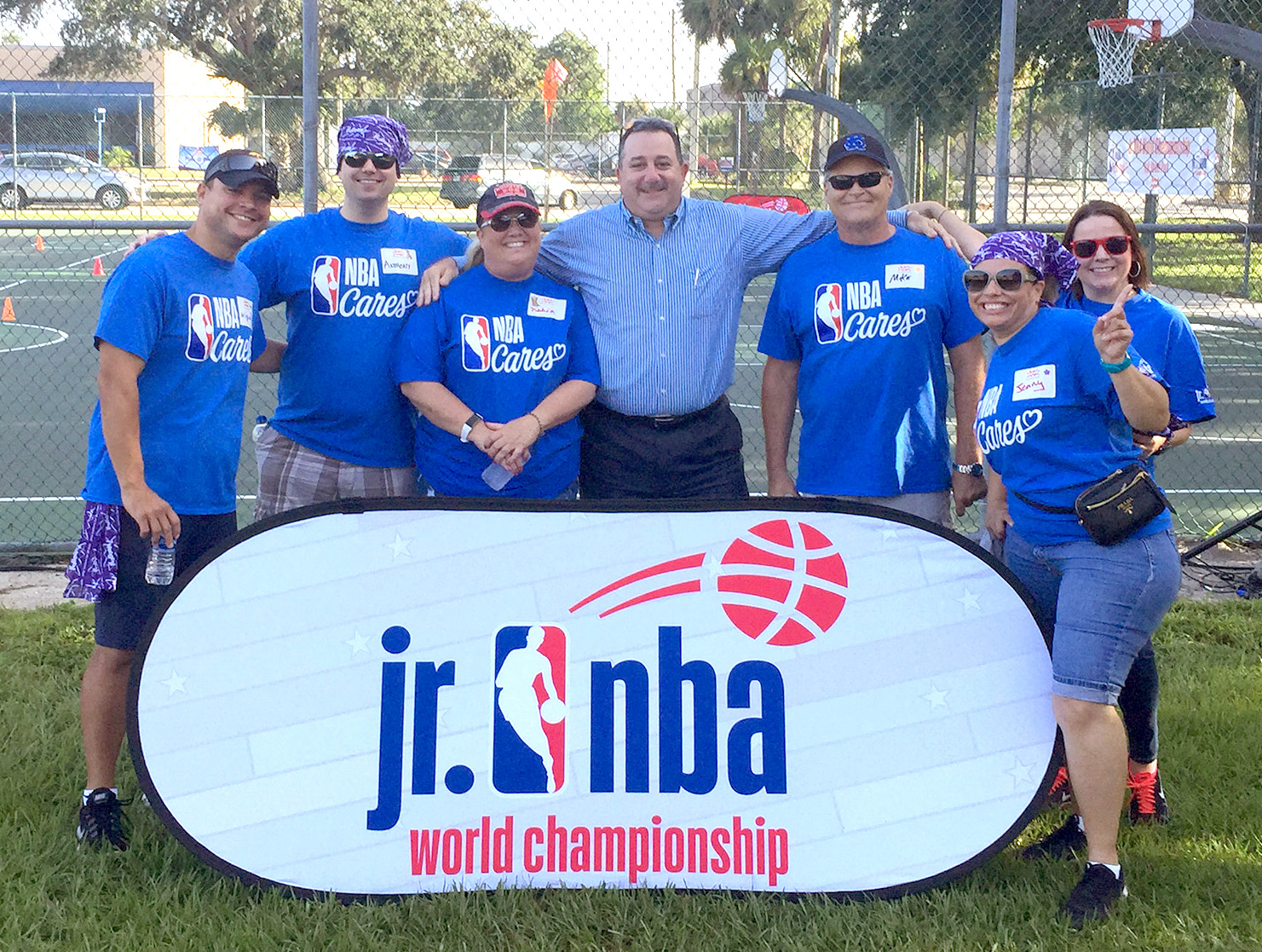 On August 9, approximately 450 volunteers came together to help KaBOOM! and NBA Cares build a playground at the Oak Street Ballfields in Kissimmee, FL. The playground commemorates the first Jr. NBA World Championship, the NBA’s global youth basketball tournament for elite 13- and 14-year-old boys’ and girls’ teams from around the world.

KaBOOM! is a national non-profit dedicated to giving all kids, especially those living in poverty, the childhood they deserve through great places to play. Since 1996, KaBOOM! has collaborated with partners to build or restore more than 17,000 play spaces, engaged more than 1.5 million volunteers, and served over 9 million kids.

This was the first KaBOOM! playground youth helped build. More than 300 Jr. NBA players competing in the tournament, as well as former NBA and WNBA players and local officials, pitched in to paint, landscape, and spread mulch. The Jr. NBA staff and players also hosted an hour-long basketball clinic for children in the community while the playground was being installed. 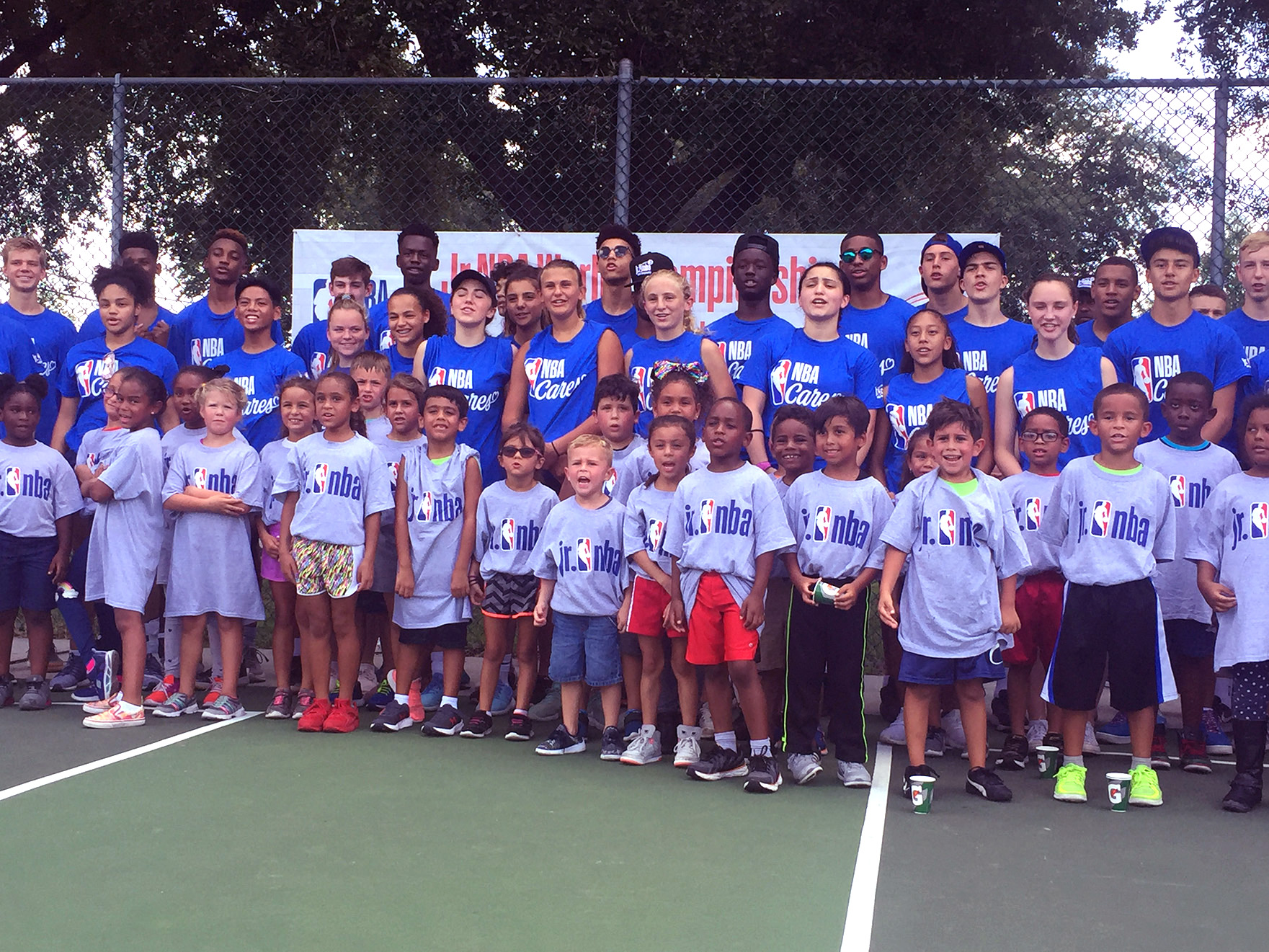 “This particular build is exciting because we’re working with youths, and they’re the ones who will be using the playground,” said Bryan McNamara, Project Manager with KaBOOM!.

Since 1999, Playworld has partnered with KaBOOM! to build over 2,800 playgrounds. The Oak Street Ballfields playground includes several pieces of Playworld equipment, including a Trippple Racer Slide, Quattro Seesaw, and Super Dome.

12 Ways to Spruce Up Your School’s Playground

Celebrate the Worldwide Day of Play 2015