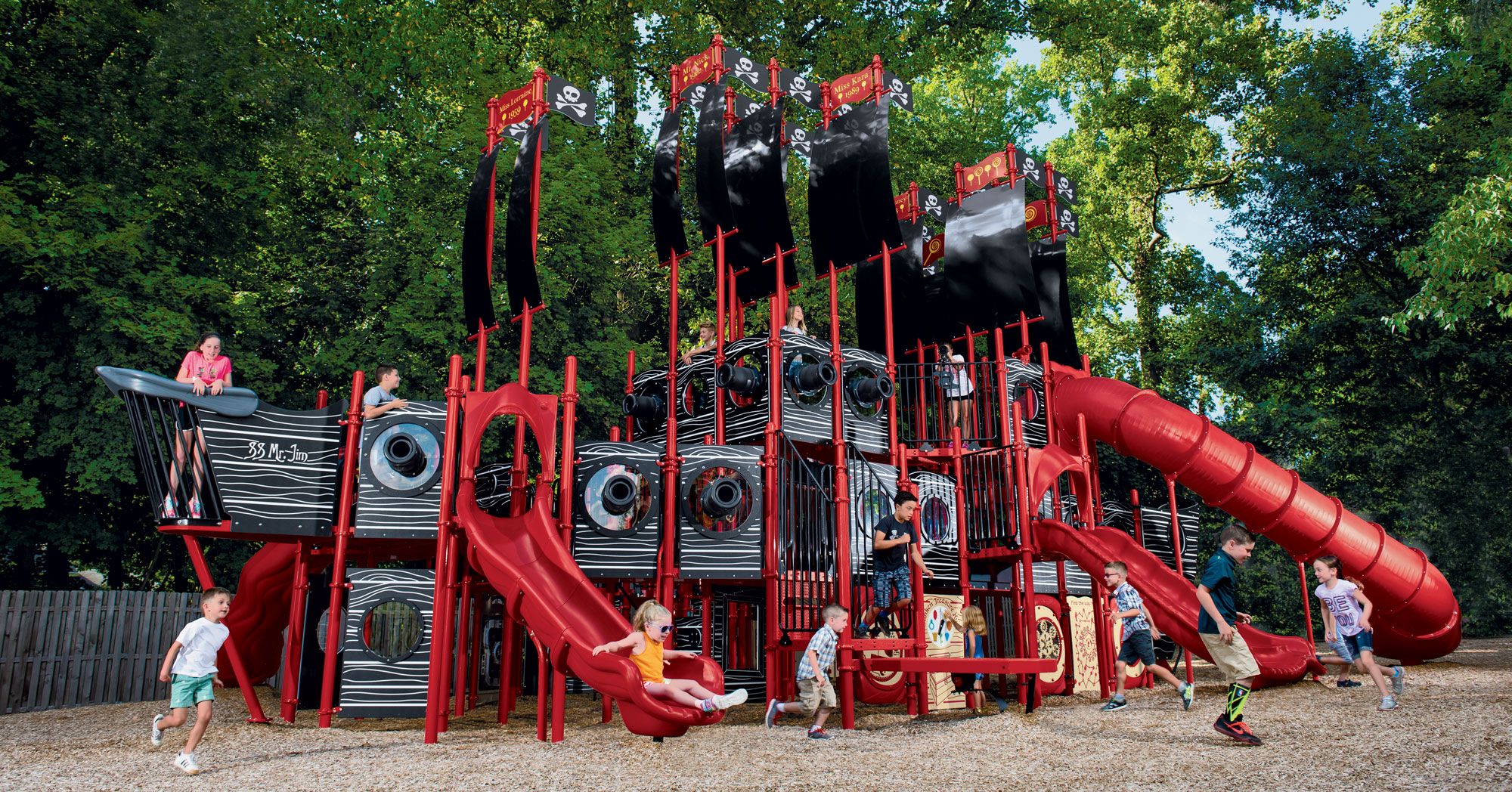 What makes the Lollipop School stand apart from other early childhood facilities? Its second-generation family ownership? Its ongoing reputation for excellence? Or its immense pirate ghost ship?

Actually, it's all of those things. The stunning playground ship structure is a natural extension of the Lollipop School’s distinctive approach to learning. Along with his wife and his daughter, owner Jim Angelillo has continued the founding vision of his mother—to exceed expectations in providing an outstanding environment for early childhood development.

Located between New York City and the New Jersey suburbs, the Lollipop School serves pre-K through kindergarten children year-round, plus summer day camps for kids up to 12 years old. Their playground hosts more than 100 children a day, and even more in the summer. So when the time came for the latest playground update, Jim knew they would need something with serious capacity and durability. Safety, as always, would be top priority. And there was something else. A vision. A pirate ghost ship vision, to be exact.

"We already have a castle and a ship from Playworld," Jim says, "and they're great. But I wanted this to be something special, something big. Something nobody had seen before."

With a mix of stock and custom ground-level interactive play panels, multiple slides, lookouts and cannons galore, this whale of a vessel keeps the entire crew occupied with adventure, imagination and most importantly, activity. From eye appeal to play appeal, it's been a hit with students, families and teachers alike—a rich source of quality play and exercise for the children at the Lollipop School.

"We love it. The kids love it. And their parents love it," Jim says. "We couldn't be happier."

Whether you’re looking to build a new playground, or update your existing playground, Playworld offers a variety of equipment to take care of your commercial playground needs. Our representatives will work with you to create a play experience to fit your space and budget. Learn more by contacting your local Playworld representative today!