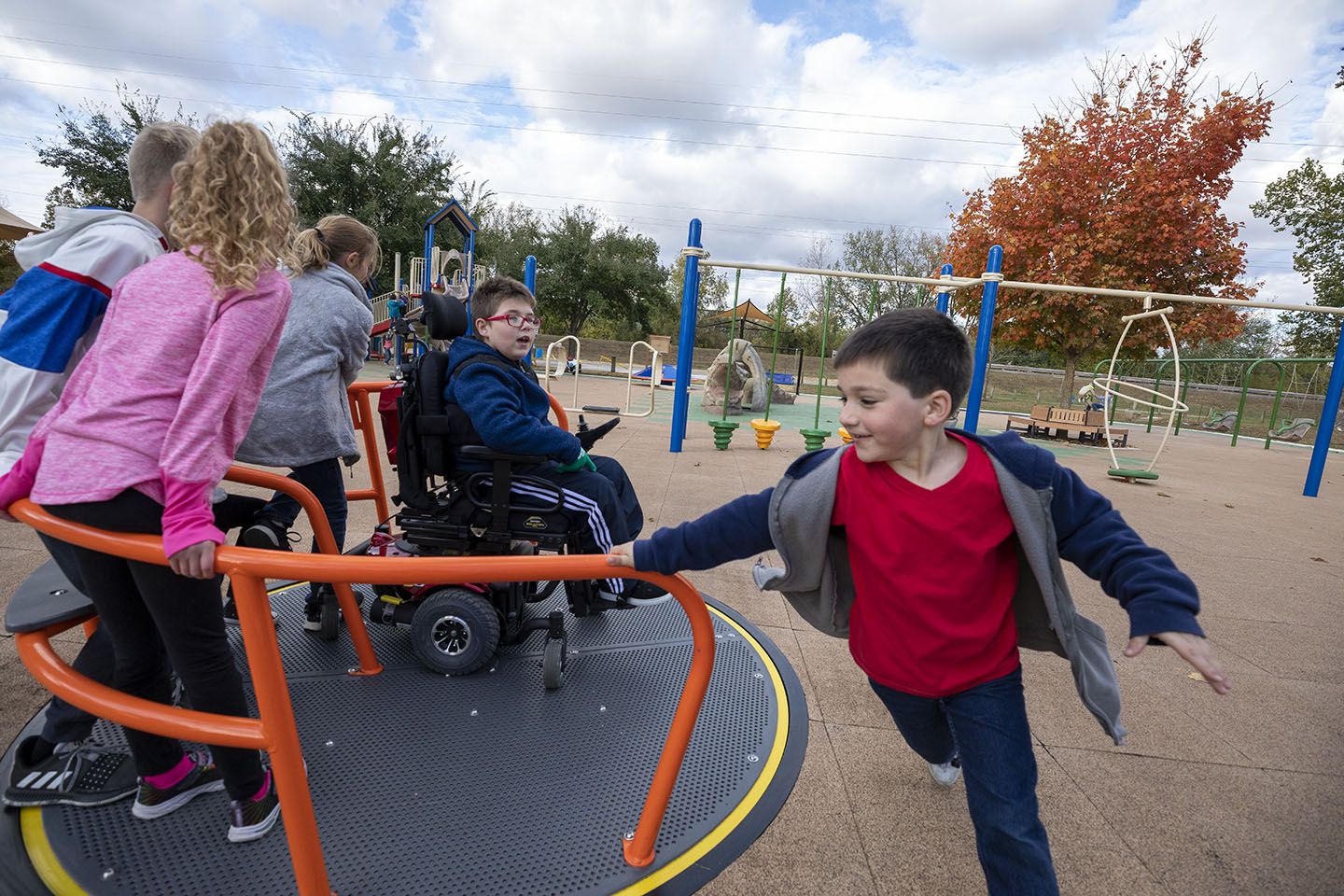 Members of the Board met with Playworld representative Midstates Recreation. Together, they crafted a vision of a new playground, one that could be enjoyed by all children and caregivers. Armed with a dream and a financial goal, the Board began a grassroots fundraising effort that enlisted the support of local businesses and organizations, as well as members of the community. Support for the new playground was overwhelming, and the space was named Harmony Playground.

Harmony Playground features bright colors and a variety of equipment, including an Accessible Whirl, Drop Zone, and AeroGlider™. A central T-Rex climber serves as the playground’s focal point, and inclusive surfacing ensures that everyone can access the fun.

A ribbon-cutting was held in April and, despite rain, over 150 community members showed up to celebrate the new play space. Steve Oster, Superintendent of the Knox County Board of Developmental Disabilities, said the playground is a win for everybody.

“It’s wonderful to see the kids’ faces. They can play in the same space and help each other.”

“People come from neighboring counties, which brings business to the community. We donated the playground to the City after it was completed, and the Mayor said it was the best gift he’s ever gotten.”

We use cookies to improve your browsing experience! By continuing to use this website, you agree to the terms outlined in our Privacy Policy, and to the receipt of targeted communications through our marketing platforms. We do not sell your personal information, but are required by law to provide the following link to you: Do Not Sell My Personal Information. For more details, please refer to our Privacy Policy.
Ok