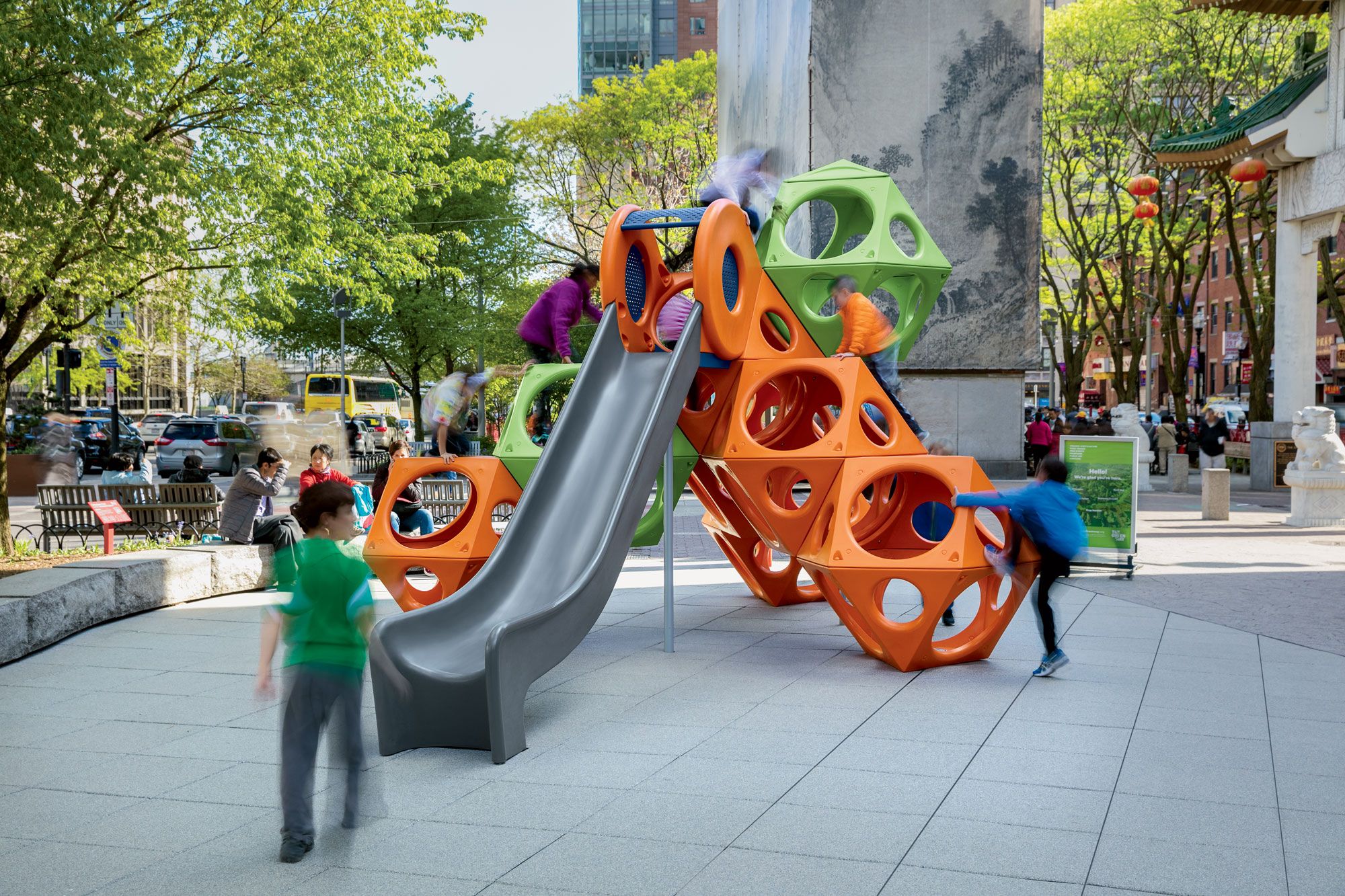 After nearly two years collaborating with architect Richard Dattner to develop PlayCubes, Playworld installed the first PlayCubes playground in Boston’s Chinatown Park on the Rose Kennedy Greenway, a stretch of contemporary park space dedicated to connecting people and the city. The installation was part of The Design Museum Foundation’s Extraordinary Playscapes exhibition, a multi-city, nomadic display that focused on the importance and design of play.

While originally slated as a temporary installation, PlayCubes in Chinatown Park became much more than a museum piece. They became a gathering place for the surrounding neighborhoods.

Suddenly, residents saw an influx of families, children, and professionals connecting outside in a way they’d never seen before. After The Greenway Conservancy sent out a bilingual Chinese/English survey to local community members and leaders, they discovered the community’s virtually unanimous passion for the pop-up play space. This led to a decision to keep them there indefinitely.

PlayCubes in Chinatown Park have become a vibrant hub of community connection in the midst of an urban landscape, demonstrating that a pocket park can be just as transformative as a large destination playground.