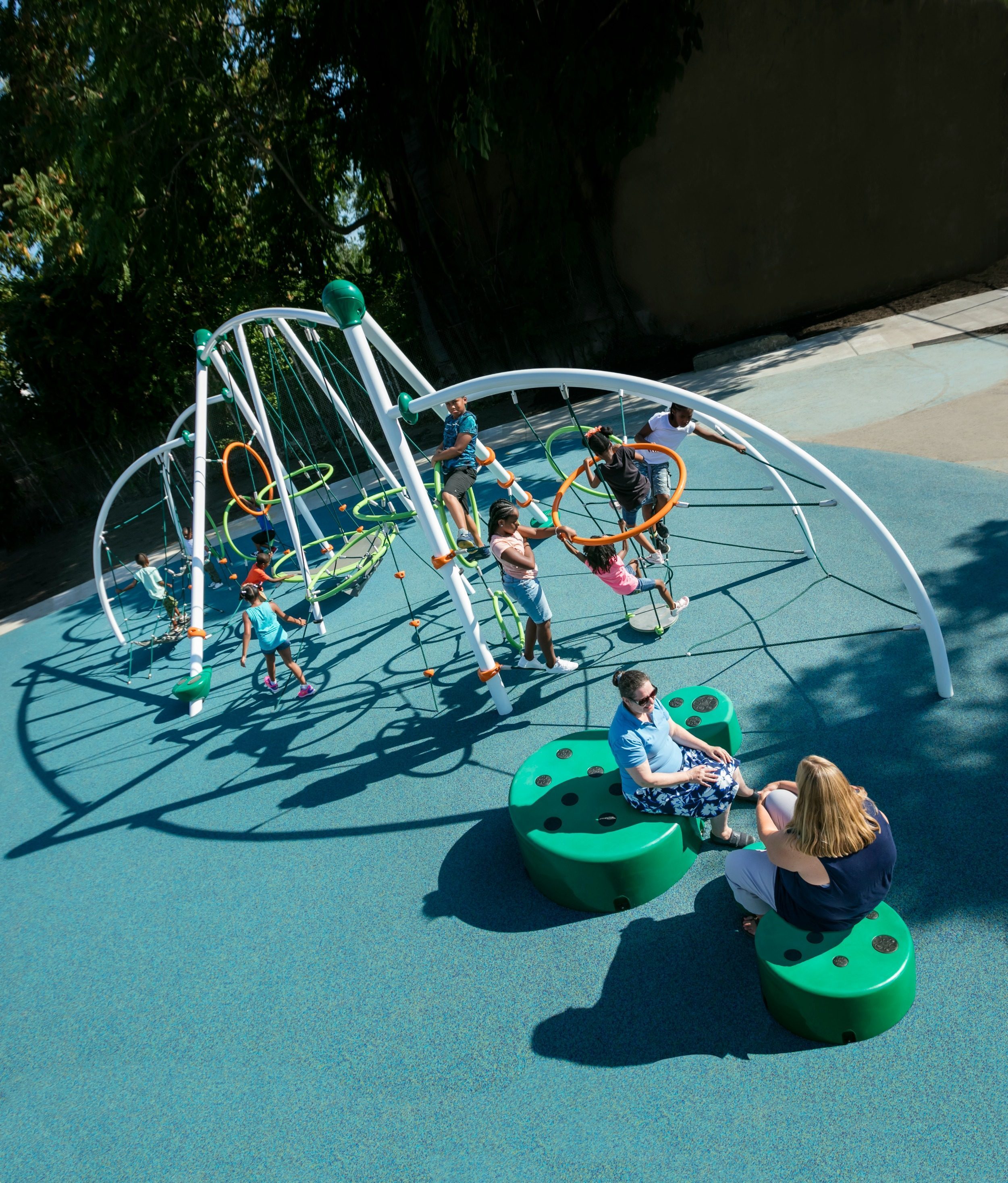 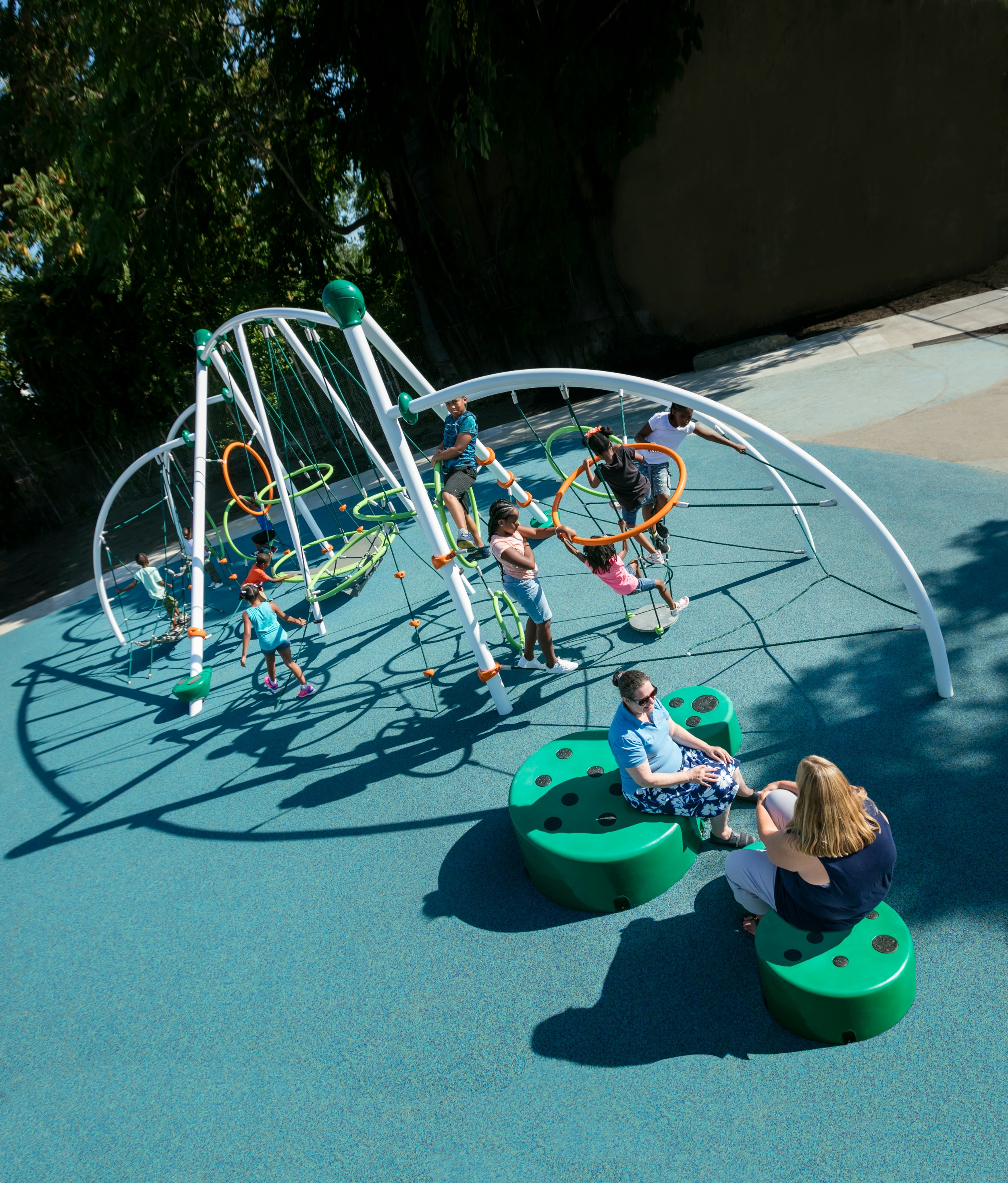 Last week, children in one West Philadelphia neighborhood received an early holiday present – a new playground. A ribbon-cutting ceremony helped mark the occasion, complete with a performance by the Conestoga Angels Drum Team and remarks from city officials.

The grand reopening of Conestoga Community Playground marked the completion of the first phase of a multi-partner effort to completely rebuild the once dilapidated neighborhood park. The work is part of a larger city-wide effort to create park equity and ensure that all Philadelphia neighborhoods have close-to-home access to quality parks and playgrounds. Members of the Playworld team worked closely with the Trust for Public Land to help give life to the play space.

The newly refurbished play area includes innovative equipment, including a Unity® Connect. A towering, modern and modular play system, Connect encourages older kids to put down technology, get out of the house and engage in face-to-face interactions and physical activity. The area also includes two basketball courts and a sprayground that will operate during summer months. Shade trees and lighting structures ring the playground, along with seating areas and a community garden.

Missy Benson, a play advocate for Playworld, helped oversee the playground project at Conestoga and attended the grand opening. “Watching this playground transform into what it is today is incredible,” said Benson. “It is an exciting time in Philadelphia, with plans to update additional play spaces throughout the city. No child should be without access to a safe, fun and engaging playground.” 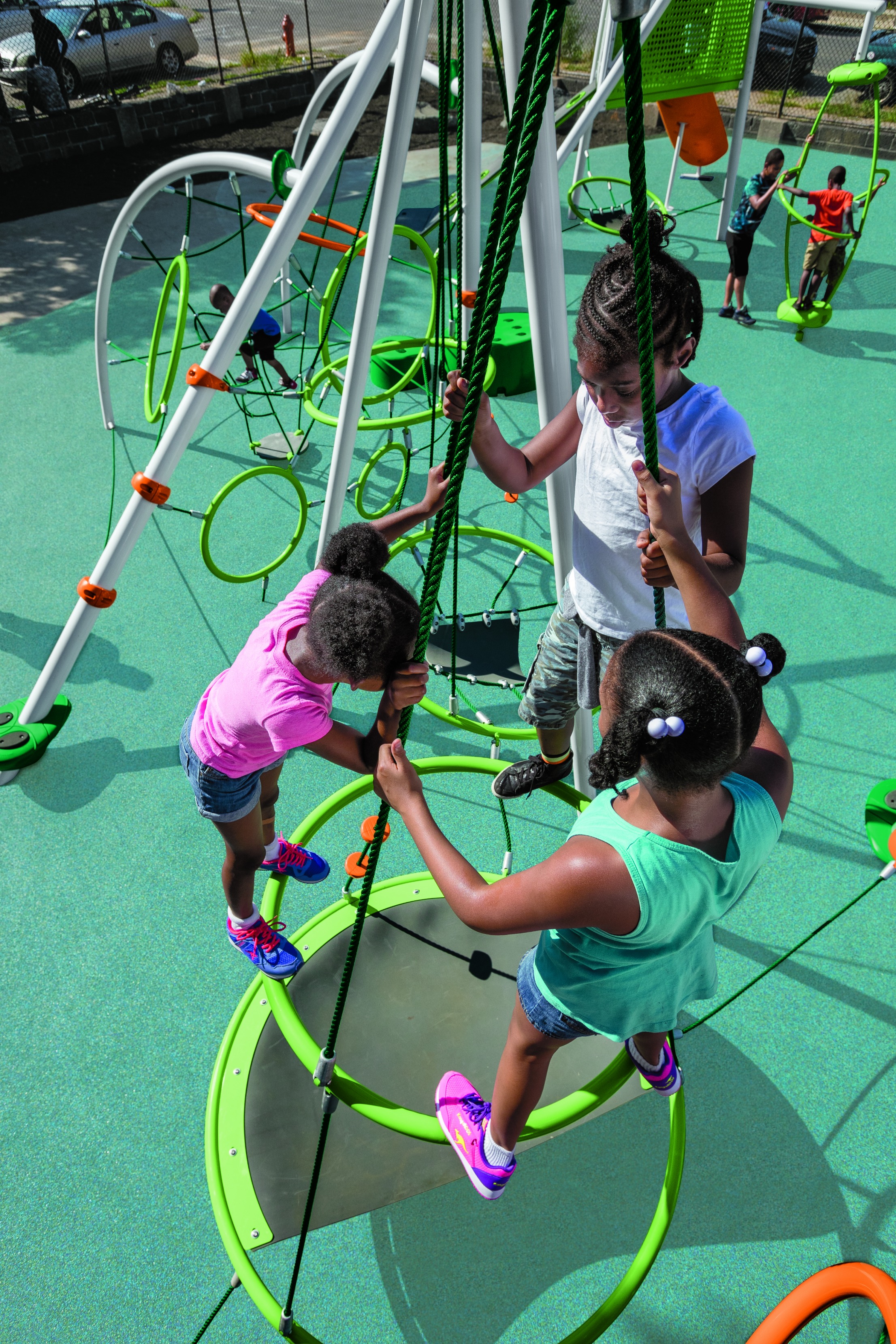 In addition to improving the appearance of the playground, the trees, garden, and other natural features support a citywide effort by the Philadelphia Water Department to improve stormwater management by capturing rainfall instead of allowing it to funnel directly into storm drains. A mural and related artistic features in the park were developed by the City of Philadelphia’s Mural Arts Program as part of a neighborhood-wide community effort that took place over the last several years.

The playground reopening is the first step in a larger effort to revitalize the beloved neighborhood park. Upgrades to the building will come next, followed by the refurbishment of the adjacent athletic fields.